All the other houses are included too, just click the link above.

Packed with stunning pieces of artwork from the Warner Bros. archive, this deluxe coloring book gives fans the chance to color in the vivid settings and beloved characters of J.K. Rowling’s wizarding world. Containing intricate line drawings used in the making of the Harry Potter films, this coloring book includes fan-favorite scenes, creatures, and characters: from Dobby and baby Norbert to Quidditch games and the unforgettable final battle between Harry and Lord Voldemort.

Unique and interactive, Harry Potter: The Official Coloring Book is a perfect collector’s item for all fans of the blockbuster saga–whether it’s for those who grew up with Harry, Ron, and Hermione, or those who are discovering the magic for the very first time.

so you know it’s already on my pre-order.
Amazon is pretty cool with pre-ordered items… you are guaranteed to get the lowest price it is offered at before it ships and you aren’t charged on your card until it ships.

Fantastic Beasts and Where to Find Them Coloring Book

Muggles will learn all about the magical creatures in the new film and book by J.K. Rowling. Explore Fantastic Beasts and Where to Find Them in this intricately illustrated black & white gallery of characters and scenes from the film and designs used in its making, which is officially licensed by Warner Bros.
Click to order Amazon US    Book Depository

Fantastic Beasts and Where to Find Them

I STRONGLY recommend downloading the Hobby Lobby & Michaels App to your smartphone. That way you always have the coupons with you. Being the clumsy person I am.. I ALWAY forget the coupons at home or in the other car or the other purse.. you get me.. right?

AMAZON PRIME – If you aren’t a member you should look into it.

You get free 2-day shipping every day at Amazon with Amazon Prime. You can try it for free right now.

This site uses Akismet to reduce spam. Learn how your comment data is processed. 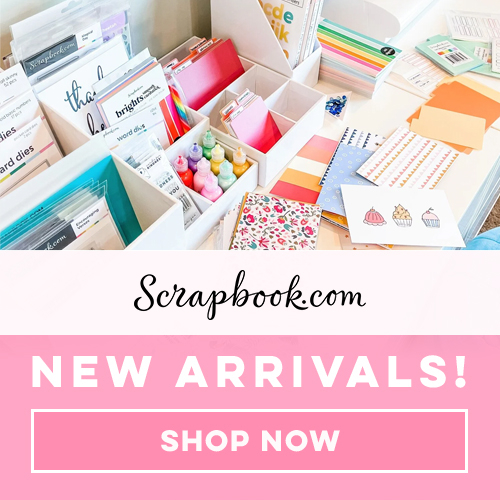